Initially, the prospect of relocating to a new country and culture may seem exciting, daunting or frightening (or all three). Those feelings of anticipation, however they may manifest, occur to some degree in everyone engaged in the relocation process, as they stem from the natural human reaction to significant changes in surroundings or environment. In the broad sense, these feelings are referred to as ‘transition shock’, and the vast majority of us have to some extent experienced these feelings on a number of occasions when we had to adjust to a new environment. If you can remember your first day of school – that was most likely the first time you had these feelings.

Your experience with international assignments and living abroad, as well as your cultural background, will significantly affect the degree to which you are affected by your relocation. Commonly known as culture shock, this variety of transition shock is related specifically to moving to – and living in – a new country that is significantly different from one’s place of origin. It is generally experienced in 4 phases:

As the name suggests, this phase is characterised by romantic feelings of wonderment at your new surroundings. The differences in culture, pace of life, food and people’s habits, as well as many aspects of your new location, offer new and interesting daily discoveries, and opportunities to compare those differences with the life you have left behind in your home country. As the name suggests, however, this phase is not permanent and will eventually end.

For most people, the honeymoon phase ends between two and four months after arrival. It is at this point when culture shock hits. This shock is most severe for those who are unaware that they are in a cycle of adjustment (those who didn’t read this article!) and thus it is important that you take measures to reduce the impact of the transition to phase two.

In this phase, the sense of wonderment has begun to wear off, usually due to a series of frustrating experiences. Experiences relating to the inability to communicate effectively across a language barrier are extremely frustrating and frequent when you have relocated to a country where your native language is not spoken. A feeling of helplessness develops from the inability to do simple tasks such as paying bills and shopping without the assistance of a third party. For people who have worked very hard to earn their independence in life, this feeling can have a devastating impact, often resulting in mood swings and sometimes even depression.

The impact is often felt more acutely with trailing spouses, as they do not have the ready-made support network that many offices offer. During this phase a feeling of homesickness often occurs as issues relating to public hygiene, traffic safety and the type and quality of food become increasingly intolerable.

The adjustment phase of culture shock usually begins 6-12 months after relocation and is characterised by the coping mechanisms employed in reaction to the frustration and anxiety experienced in the negotiation phase. On average, about 30% of expatriates evolve into what can be termed ‘cosmopolitans’, people who have managed to blend aspects of local culture with their own and in doing so achieved a sense of balance in their life abroad. This balanced perspective allows cosmopolitans to relocate home or elsewhere and seamlessly integrate without experiencing the negotiation phase of culture shock, or at least not to the same extent as during their first relocation.

About 10% of expatriates become what can be called ‘adopters’. These are people who fully integrate into their host culture and largely leave their cultural identity behind. They often get married to a local and remain in their host country for the remainder of their lives.

About 60% of expatriates who relocate to distinctly foreign countries never accept the culture in which they are immersed, becoming what can be termed rejectors. These people typically retreat into isolation within their household or compound and simply bide their time until the assignment is over. In most cases, rejectors see a return to their home country as the only escape from an unhappy and hostile environment. Interestingly, rejectors are also more likely to experience reverse culture shock, culture shock experienced upon return to the home country. This type of culture shock can be even more difficult – and unexpected – than regular culture shock, often leaving those affected with even more difficult feelings to deal with.

In this phase, cosmopolitans and adopters are able to comfortably participate fully in their host culture. For expatriate assignees, progression to this stage means that a sense of normalcy in daily life has been achieved, often bringing with it a feeling of general satisfaction and wellbeing. Progression to the mastery phase also brings with it the increased likelihood that assignees will remain abroad pursuing other assignments and opportunities.

Tips to avoid culture shock – or at least lessen its impact:

Every expat community will have community organisations which will include support groups for the newly arrived. Take advantage of these as soon as you arrive, even though you will most likely feel it isn’t necessary. The key is to prepare for phase two while still in phase one – the honeymoon phase. Talking to other expats and seeking their advice (excluding those who are clearly rejectors and constantly complain about all aspects of their life abroad) about taking care of the necessities of life has proven very effective for many assignees. Try not to be drawn into ongoing negative discussions, even though it may provide some relief in the short term. Focusing on the negative will only ensure you fail to see the positive when it appears.

Take a guided tour of the city as a start and then branch out from your local area and get comfortable with your surroundings. Learn how to take public transit and call a taxi in the local language. This will significantly increase your sense of independence and lessen the feelings of isolation that often accompany the negotiation phase of culture shock. You will also discover new and interesting places that in many cases will substitute for things you left behind at home.

Overcoming the communication barrier is critical to ensuring a short stay in phase 2. You don’t need to become fluent, but understanding how to give directions to taxi drivers, order food at a restaurant, buy goods at the market and use other basic phrases and answers will be extremely helpful. Don’t be shy, as locals are always happy when foreigners put the effort in to learn a bit of the language. You may even find that taxi drivers and your local restaurateur are excellent teachers.

Journals are always helpful in helping people admit the truth to themselves about how they are feeling. For some reason it is simply easier to put it on paper than say it out loud. This process will help you identify any issues you’re having with your relocation and daily life, but remember to go back and read what you wrote from time to time, to see if you’ve taken care of all those little things that were on your mind. 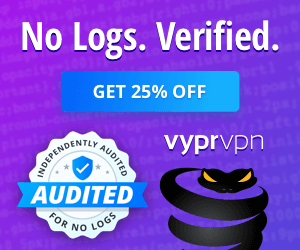 Expat Blogs | Why Use an Insurance Broker?